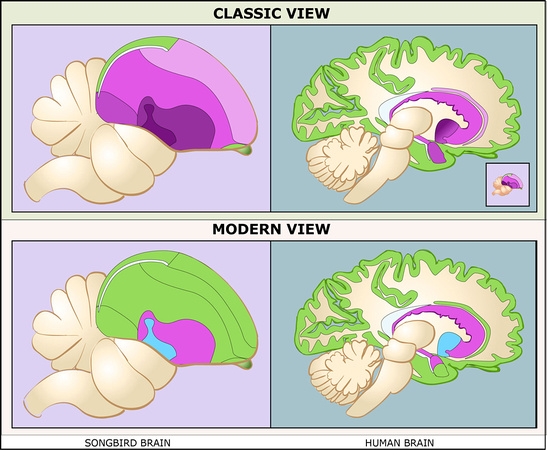 A wide range of studies have recently demonstrated that the so-called "primitive" regions of avian brains are actually sophisticated processing regions homologous to those in mammals. The above illustrations compare the traditional view of the primitive avian brain as a subregion of the human brain (in purple) with the new view that the avian brain has subregions proportional to those in humans (blue, purple and green). Scientists now know that the complexities of avian brain regions allow sensory processing, motor control and sensorimotor learning as in the mammalian neocortex (in green).