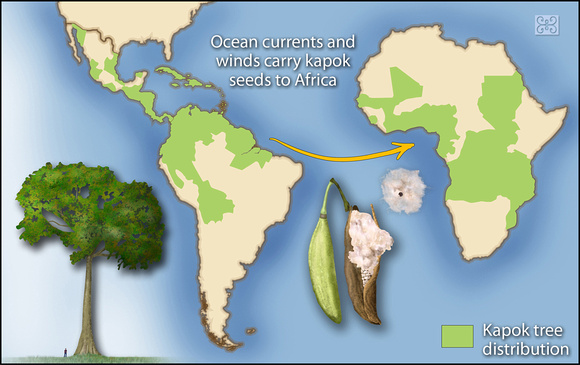 Celebrated in Buddhist temples and cultivated for its wood and cottony fibers, the kapok tree now is upsetting an idea that biologists have clung to for decades: the notion that African and South American rainforests are similar because the continents were connected 96 million years ago.

Ocean currents could have carried Kapok tree seeds from South America to Africa.

Praise:
“That's a great illustration. It captures the essence of the paper in a single figure.”