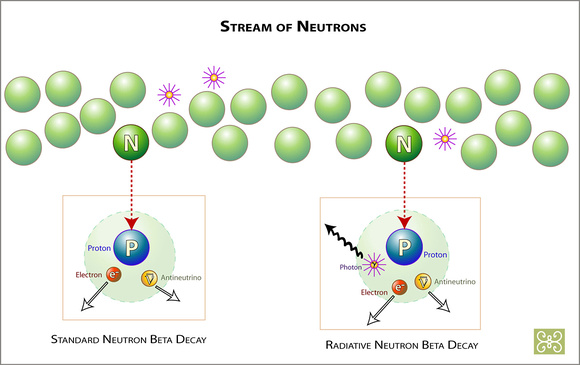 Typically, a neutron free of its atom will decay into three particles: a proton, an electron and an antineutrino. Rarely, a process called radiative neutron decay also occurs, resulting in the same three particles as well as additional photons of light.

To observe radiative decay photons, the researchers carefully measured when the decay products in a beam of neutrons--that is, protons, electrons, antineutrinos, and sometimes photons--arrived at a detector. If radiative decay occurs, according to theory, photons and electrons will arrive 20-millionths of a second sooner than the slower protons. Antineutrinos are too weak to be detected.